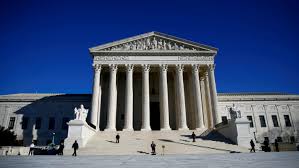 Democratic gubernatorial candidate Gretchen Whitmer is getting criticism for claiming there are teachers in Michigan whose pay is so low they’re on food stamps. … more

Bills Reduce Work Restrictions, Give Those With Criminal Records Another Chance

Michigan would take a step toward removing obstacles to people earning a living in many heavily regulated occupations under recently introduced legislation in the state House.  … more