Governor says he’s not thinking about running for President but fixing Michigan roads, then why hasn’t he fixed them in four years and/or supported previous legislation to do so? Click Here for Story The Taylor School District has defied an order from the Michigan Employment Relations Commission that schools post a notice stating that teachers are no longer obligated to financially support the union as a condition of employment.  … more

Will Poll Hurt Legislation Aiming to Give Energy Utilities Monopoly?

Efforts to return the state’s two major electric utilities, Consumers Energy and Detroit Edison, to virtual monopoly status appear to have run headlong into an obstacle. It is a poll that found nearly 3 out of 4 people are against it. … more

2016 election will be about one thing for Hillary? Click Here for Details

Legalize Murder, or A Modest Proposal

The headline in this morning’s Detroit Free Press wondered “Could pot solve our budget problems?” The article promoted three groups attempting to legalize marijuana in the state of Michigan. Surprisingly, or as the article put it, “In a sign of changing political times,” two of the three    Click Here for More

The Poison of Dirty Harry

Look Whose Welcome at the White House 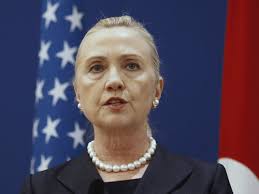 Are scandals taking their toll on Hillary already? Click Here for Details

The Stupidity of US Relations in the Middle East