Enjoy time with family and friends How many times have we seen this? The TV news interviewer asks a politician to explain why he doesn’t accept man-made global warming as a proven scientific fact. A patronizing incredulity — betraying the attitude that only fools could doubt there’s a climate crisis — saturates the interviewer’s tone. … more

Central Academy, a charter school in Ann Arbor, was rated by The Center for Michigan’s Bridge magazine as the top school in the state. Ashley Community Schools, a district some 40 miles north of Lansing, placed fourth. Yet, in 2014-15, neither Central Academy nor Ashley Community schools rated any of their teachers as “highly effective,” the highest rating available to teachers. … more

Feds dump Benghazi emails on Christmas eve to shield them from public? Click Here for Story 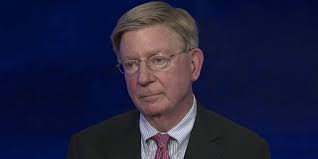 And Another Country Bans Christmas

Now Somalia bans Christmas and why do we have a problem banning Muslims? Click Here for Story Watch Where You Worship?

Was Muslim family denied flight to Disneyland due to attending a hate mosque? Click Here for Details