The public implicitly understands the conceptual difference between “welfare” and “entitlement.” The 1996 welfare reform was all about separating these, and most people have no problem with requiring welfare beneficiaries to jump through those hoops.

In the public mind, Medicaid falls somewhere between. … more

Michigan had 18,012 administrative rules that businesses had to follow in 2012. Reducing regulations was a key goal of Gov. Rick Snyder and he created the Office of Regulatory Invention to reduce the state’s red-tape. The office trimmed state administrative rules by 1,218, down from 19,230. … more If there is one lesson from Detroit and the “lost decade” in Michigan, it is that flashy government projects do not make for sound public policy. Legislators should focus on the basics of government service and leave the rest to the private sector. … more

ICE’s Crane Comes Out Against Rubio

Ahh the Safety of the Gunless Society? 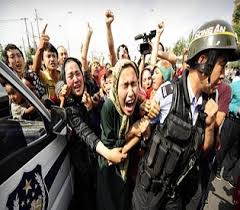 Rubio Getting Beat Up

Protecting Our Border Violates Whose Rights?