A2 debate over pedestrian law continues Click Here for Story

And So It Begins

Despite Fewer Students, Michigan School Funding Going Up, Up, Up

“They are actually getting more money and there are fewer kids in the program,” said James Hohman, assistant director of fiscal policy at the Mackinac Center for Public Policy. “You can argue they are not getting as much as they want, but you cannot say that taxpayers are spending fewer dollars on K-12 education.” … more

In Battle Creek, parents are very likely leaving a poorer-performing, better-funded district for other conventional school districts that receive far fewer dollars per student but in many instances have better performing schools. … more

Overdue Admission by the Feds

But private companies are making out on your dime Click

Obama planning a visit to Iran next year? Click Here for Details 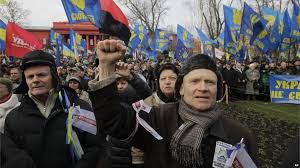 Ukrainians voice their opinions with protests Click Here for Details