Even Management Has Its Own Union?

Stopping Medicaid Expansion In Its Tracks

One simple amendment would make the bill actually live up to its proponents’ claims: The expansion may not proceed until after the federal Department of Health and Human Services has approved a waiver allowing the reforms specified in the bill. … more

Michigan had 18,012 administrative rules that businesses had to follow in 2012. Reducing regulations was a key goal of Gov. Rick Snyder and he created the Office of Regulatory Invention to reduce the state’s red-tape. The office trimmed state administrative rules by 1,218, down from 19,230. … more

Your IRS …Your Money

I’ll never forget my disappointment upon learning that N-Word Jim wasn’t one of Mark Twain’s most introspective characters, but merely literary sanitization, a bid to rid his work of the most shocking, offensive word ever to be uttered, written, or spray-painted on Southern Baptist Churches.

The N-word possesses astounding power. It can cause women to weep, men to rage, and rap artists to rake in millions before being murdered in a… Click Here for More

…And Al Gore Loves It 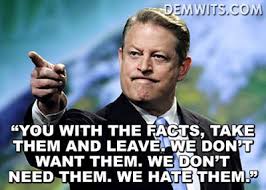 Blogger’s Watch Out, Your 1st Amendment Rights are On the Line?

Senators Voting Yes for a Bill They Don’t Know About